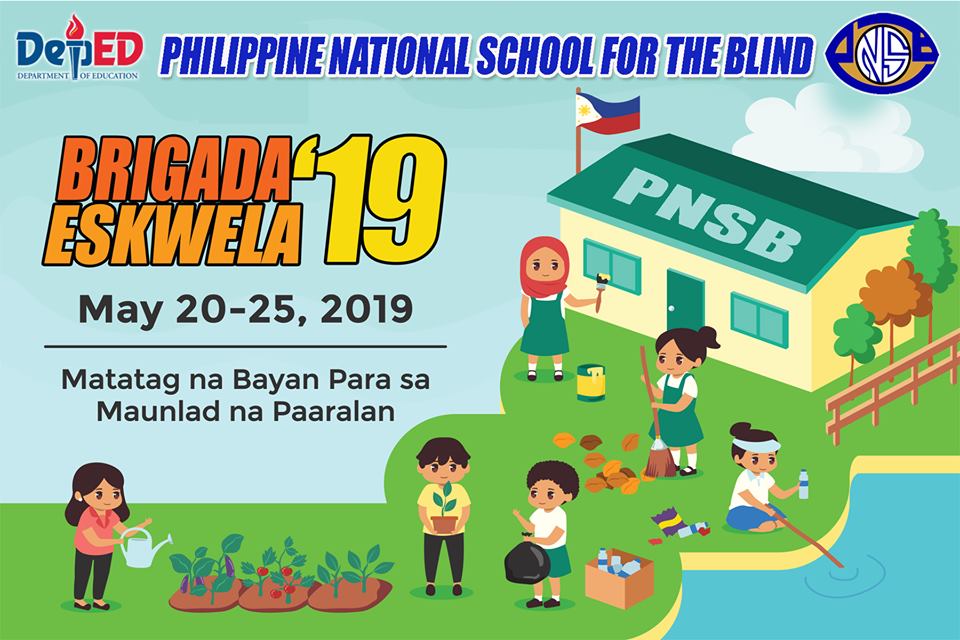 PNSBians welcome Brigada Eskwela with a lively drum on parade as PNSB workforce and volunteers marched along the neighboring streets surrounding the school escorted by the Pasay City Traffic Task Force. Furthermore, the parade drawn the crowd to the invitation to join Brigada Eskwela announced via megaphone as the Brigada banner inscribes this year’s theme “Matatag na Bayan Para sa Maunlad na Paaralan”

After the parade, everyone gathered together at the PNSB covered court for a simple yet inspiring opening ceremony. Mrs. Corazon B. Salvador, Principal of PNSB inspired everyone to carry on with their tasks out of love and sacrifice first and foremost for the school’s special learners and for our nation and for God above all. She encapsulated her talk citing the various partners of the institution who have pledged to support the Brigada Eskwela’s undertakings. She wholeheartedly extended her gratitude to all the stakeholders who untiringly rendered their time and resources to ensure that PNSB is a safe and prized learning institution for children with visual impairment.

The program concluded after Ms. Lebuna laid out the scope of work that was aimed to be completed for the entire Brigada Week and distributed the workloads accordingly by areas.

On the first day of Brigada Eskwela, cleaning, repair, and maintenance were concentrated in four areas namely the newly established Junior High School building, the handwashing area, the Learning Resource Center (LRC), the Science and the Math Equipment (SME) room.

The girls’ hand washing area which was temporarily closed last year due to the construction of a new building is being renovated today. This project would require roofing, painting, cementing of pathways, as well as installation of additional faucets. 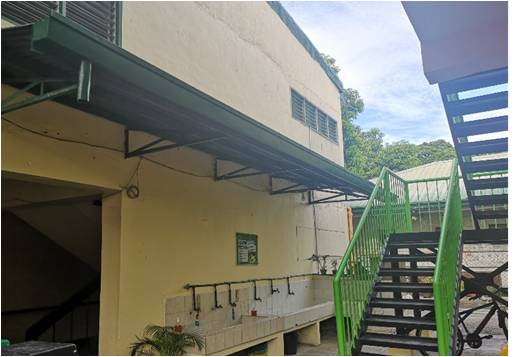 Another area of concern on the first day of Brigada Eskwela was the restructuring of the LRC. The LRC together with the transition classroom were furnished with vinyl tiles flooring sponsored by Infocom. As a result, the room was vacated sometime February to install the new floorings. The scope of work required for LRC involved restructuring, refurbishin and setting up a learners’ kiosk. The LRC coordinator was tasked to supervise the work until its completion. 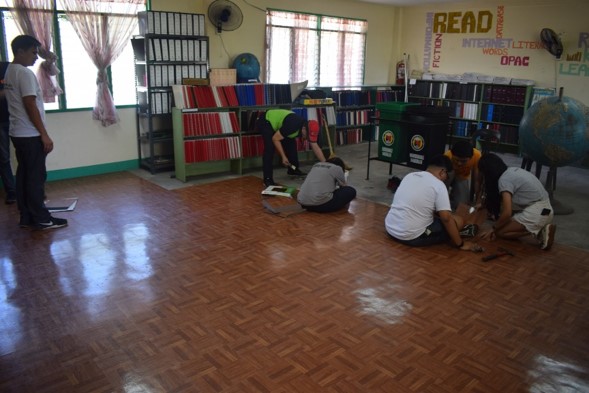 Furthermore, the Junior high school would also be occupying the newly constructed 2-story building comprising of 6 classrooms. The vacated building which housed the school conference hall at the ground floor and the Junior high school at the second floor will be constructed thru the local government fund to a 4-story structure that will soon become the new school dormitory and other service rooms next year. The work of transferring to new classrooms would require complete restructuring and refurbishing. PNSB is a recipient of 130 2-seater learner’s desk with a chair that was distributed to all high school classrooms.

On the second day of Brigada Eskwela scope of work still focused on the repair and maintenance of the handwashing facilities and the comfort rooms. Repair includes the replacement of faucets, unclogging of drainages and dislodging of septic tanks. Furthermore, cleaning of the back area from the Kindergarten all the way to the new Junior High School building (10-meter length) is likewise set to be finished this day. The declogging and cleaning of the back part from the new junior high school building all the way to the kindergarten was completed thru the work force exerted by the GPTA, spearheaded by Mrs. Amelita Dela Rosa. 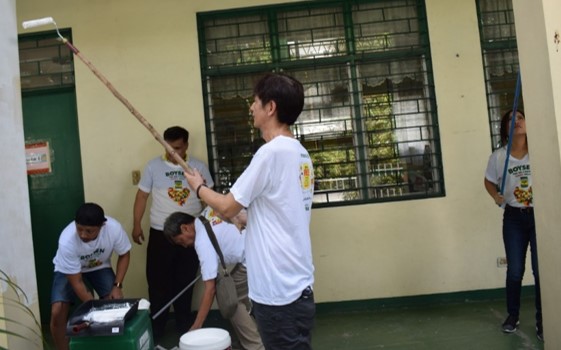 Work lined up on the fourth day  of Brigada Eskwela consisted of repainting and restructuring of Kinder Non-graded room. This project was made possible thru the benevolent efforts of the TRYP by Wyndham MOA. On the other hand, the Church of God Ministries, Pasay Chapter sponsored the landscaping of the Facade of the new Junior High School building thru the provision of large concrete planter boxes enclosing the trees in front of the building. Plants and garden soil were also provided. 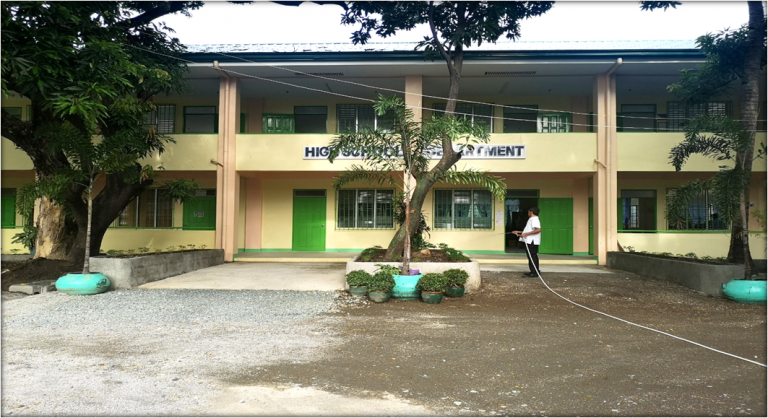 On the fifth day of Brigada Eskwela,, outdoor maintenance was near to completion. The focus of work this day was the restructuring of classrooms as well as the sorting of recyclable materials in the Material Recovery Facility(MRF). This activity was manned in cooperation with the Supreme Student Government (SSPG) together with the General Parent Teacher Association (GPTA). 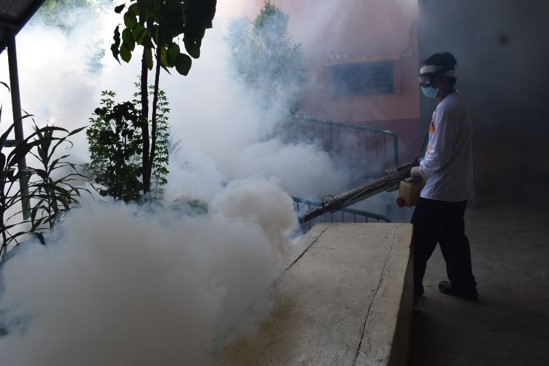 Additional school ground works like gardening, ornamental pot planting and trimming of tree branches was done today. More so, this day is the scheduled completion of fogging and misting, and water testing.

The week-long Brigada Eskwela concluded with a modest celebration of a feast for the successful completion of all the tasks that were set to be done. Today, everybody went home tired yet feeling inspired and satisfied with all that has been completed.

Brigada Eskwela is a nationwide National Schools Maintenance Week which is an initiative undertaking of the Department of Education (DepEd). It mobilizes stakeholders consisting of parents, alumni, civic groups, local businesses, non-government organizations, teachers, students, and individuals who volunteer their time and skills to do maintenance work, repairs, and clean-up of all public schools all over the country.